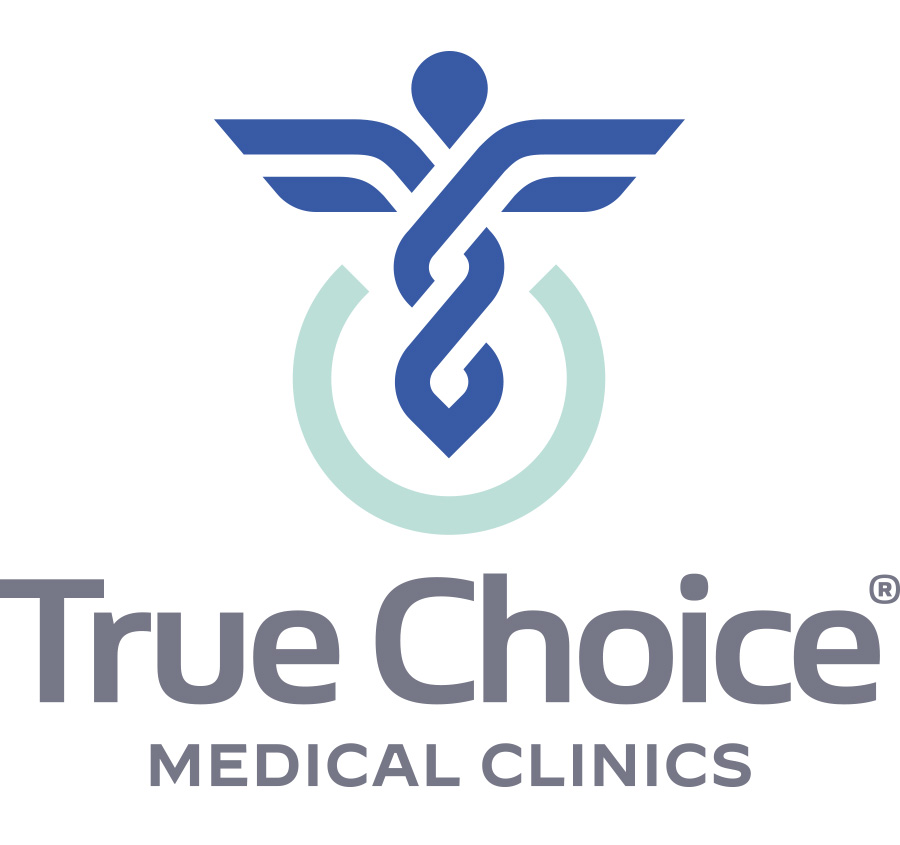 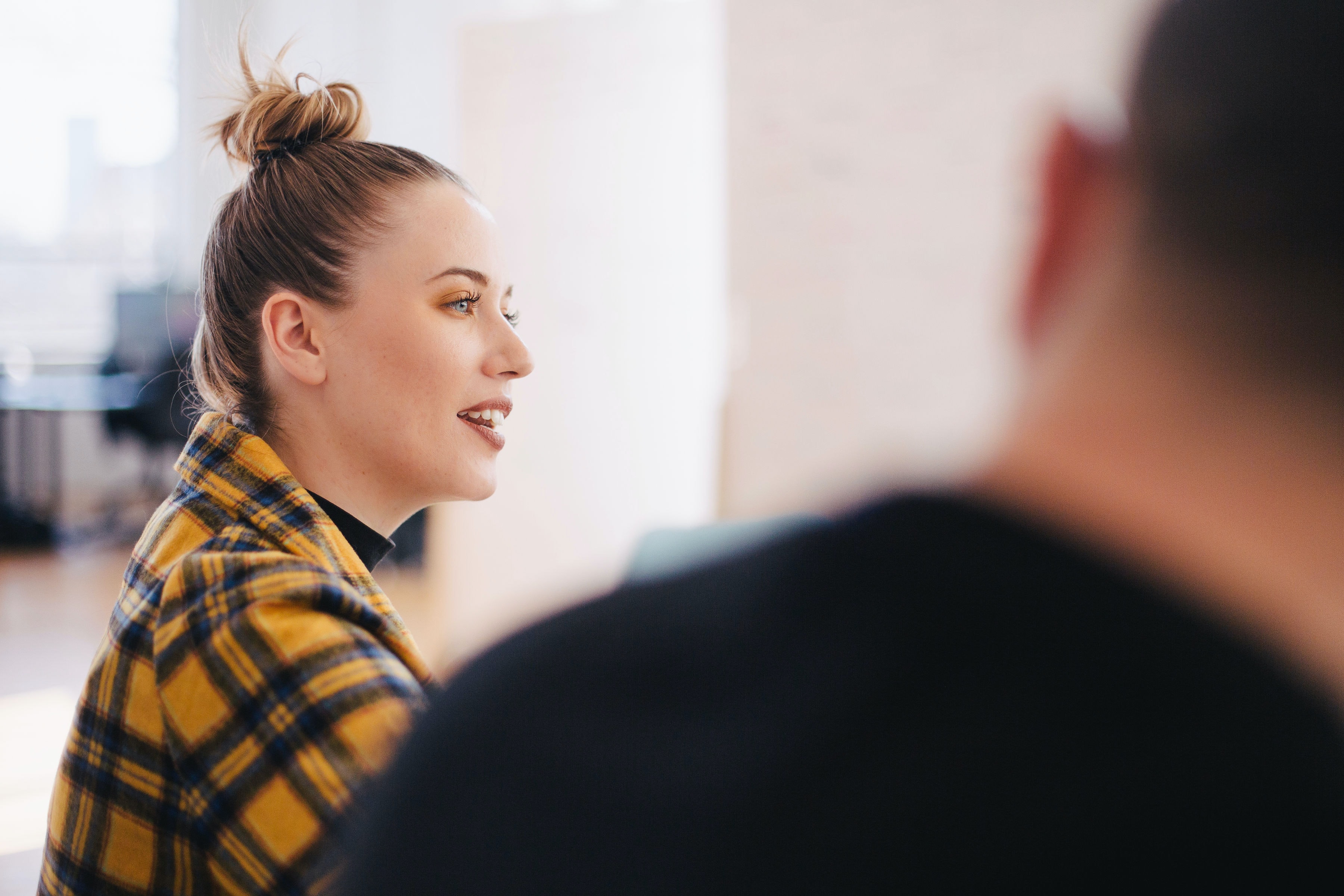 Why Do I Need to Get Tested?

If you’ve had unprotected sex, even once, you could be at risk of contracting an STI, or sexually transmitted infection. There are a variety of STIs, ranging from treatable to untreatable, some of which exhibit no symptoms. In fact, many STI symptoms resemble symptoms of other common ailments. That’s why it’s important to get tested as soon as possible after unprotected sex. Think you might have an STI? Here are some common symptoms for women:

Learn more about some of the most prevalent STIs in America.

Gonorrhea is the most common bacterial STD. The symptoms of gonorrhea are vaginal and penile discharge or painful urination. As with Chlamydia, leaving Gonorrhea untreated can cause pelvic inflammatory disease, infertility, and ectopic pregnancies. Gonorrhea can affect the throat, eyes, mouth, and rectum, and even spread to the bloodstream and joints, causing a variety of life-threatening illnesses.

HPV is the most common STI. More than 100 strands of the virus exist, and all of them can infect both men and women. Although no cure exists for HPV, most strains can be prevented through a vaccine. Regular pap smears can also prevent or detect early stages of cervical cancer caused by HPV.

Genital Herpes typically causes painful, watery skin blisters on or around the genitals or anus. However, the majority of people who carry these viruses have minimal or no symptoms. Genital Herpes cannot be cured because the virus can be found deep in the body's nerve cells. When people have a new outbreak of genital blisters, this is the time where the STI is most contagious.

HIV, or the human immunodeficiency virus, causes AIDS (acquired immunodeficiency syndrome). HIV destroys the body’s immune system by killing the blood cells that fight infection. Once HIV destroys these cells, the body can no longer fight off and recover from infections. This is when HIV progresses to AIDS. People who have AIDS are susceptible to even minor types of infections and certain forms of cancer. Both HIV and AIDS cannot be cured.

Bacterial Vaginosis is a fairly common vaginal infection and can be caused by having multiple sexual partners. While a vagina typically has different types of safe bacteria growing in it, sometimes changes in the balance of those types of bacteria can cause issues, such as unusual smells and discharge. Having bacterial vaginosis could increase the risk of getting other STIs, as well as pelvic inflammatory disease.

Trichomoniasis is most common in young women. The parasite spreads when an infected person comes in contact with another’s genitals. Although Trichomoniasis doesn’t always exhibit symptoms, they can cause frequent, painful, or burning urination in men and women as well as vaginal discharge, genital soreness, redness, or itching in women. Because the infection can occur without symptoms, a person may be unaware that he or she is infected. Trichomoniasis is treatable with antibiotics.STIs are commonly spread through bodily fluids such as vaginal fluids, semen or blood. The only way to prevent contracting an STI is to abstain from all forms of sexual intercourse.

Having unprotected sex not only leads to pregnancy but can also lead to STIs. When pregnant, having an STI left untreated can cause serious harm to your body and cause miscarriages. In pregnant women, STIs can cause miscarriages, preterm delivery and can even be spread to the fetus in utero or during delivery. If your pregnancy is confirmed through one of our no-cost pregnancy tests and ultrasounds, True Choice can provide you with testing for certain common STIs. Because STIs greatly affect a woman’s body if she is pregnant, you should get tested right away. Make your no-cost, confidential appointment at True Choice today.

Contact
Whole Body Health Education is a solutions-based resource that empowers women to learn, understand and become active participants in their own, unique feminine design.
No woman should feel like she has a silent struggle with her menstrual cycles, hormonal health and consistency, or general health imbalances – due to a lack of education.

This program serves as an educational resource to empower women in their understanding of their own biology.

We promote hormonal and general health balance with the belief that women are empowered through education, and that knowledge is power. Through knowledge, women can place an increased value on themselves and then in turn, make informed reproductive and sexual health choices.

The design of our Whole Body Health Education Program is simple and user-friendly.

When scheduling an appointment for a pregnancy test, a “well-woman exam,” or an STD screening, each of our clients has an opportunity to learn about our Whole Body Health Education program. If desired, you’ll meet with an educator who will provide a thorough hormonal health assessment, evidence-based education, and answer any questions you may have.

After this initial consultation, you’ll become a candidate for a 30-minute teaching session as an additional service [at no cost] or can schedule a 30-minute return appointment where you’ll learn how hormones play a crucial role in menstrual cycle tracking and health. Our clients are educated on how to promote general health through diet, exercise, and stress management – all of which affect hormonal health. They are also trained in how to chart cycles on the app provided, and to export monthly charts to a Whole Body Health educator, who provides feedback in a timely manner.

The Whole Body Health Education program provides women with a platform where they can have a confidential conversation about their hormonal and general health concerns . If there is an issue outside of the scope of the Whole Body Health educator that requires medical management and intervention, the educator will consult with a medical provider that can provide the client with a telemedicine visit for further workup.

We believe many women don’t need another pill, product or bandaid; they need true solutions for their hormonal health issues. The Whole Body Health Education program is designed to provide just that.

"Just learning about the menstrual cycles was helpful because I was never really taught about it, even though it's such a big part of a woman's life."
"I am so excited for this because it gives me hope again."
"If I had known this about my body, I wouldn't have made some of the decisions I have made"
"I felt empowered and very well informed at the end of my session; the staff was very educated and knowledgeable."
“I’ve struggled with this my whole life thinking it was not normal but never felt like I could open up and have the conversation.” 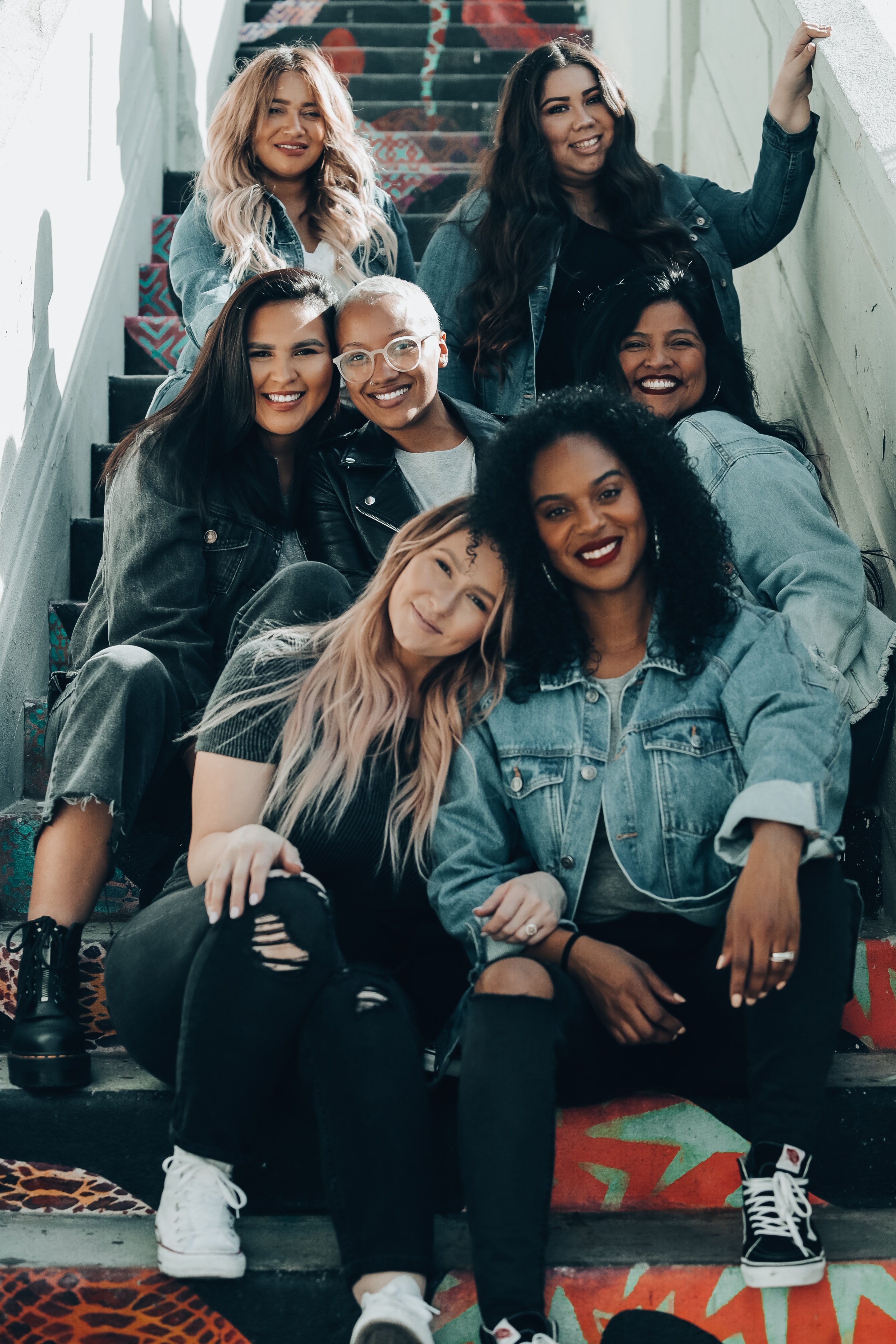 Some of the benefits of Whole Body Health Education:

Having unprotected sex not only leads to pregnancy but can also lead to STIs. When pregnant, having an STI left untreated can cause serious harm to your body and cause miscarriages. In pregnant women, STIs can cause miscarriages, preterm delivery and can even be spread to the fetus in utero or during delivery. If your pregnancy is confirmed through one of our no-cost pregnancy tests and ultrasounds, True Choice can provide you with testing for certain common STIs. Because STIs greatly affect a woman’s body if she is pregnant, you should get tested right away. Make your no-cost, confidential appointment at True Choice today.

The Latest From True Choice 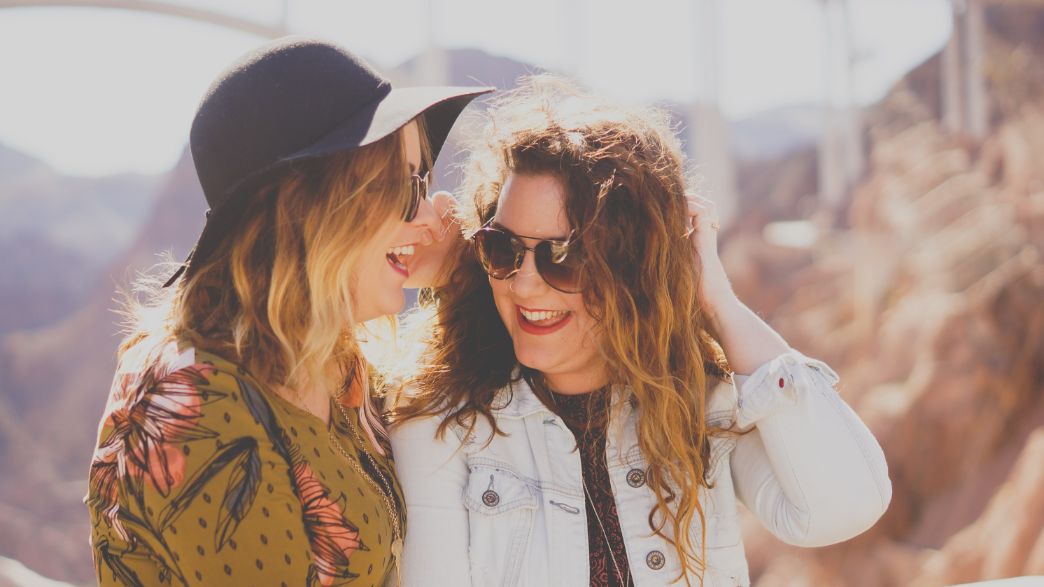 Does the Paragard IUD Cause Copper Toxicity?

What is the Paragard IUD?
‍As more women become more aware of  the side effects of hormonal birth control, the Paragard IUD has become a more attractive option claiming to be the only hormone-free IUD on the market.
How Does the Paragard IUD work?
‍The Paragard IUD is a T-shaped plastic device placed at the base of the uterus by a healthcare provider. It has wire-like strings that hang down through the cervix. The Paragard  IUD has copper wire coiled around it. That device releases copper into the uterus, producing an inflammatory reaction that interferes with sperm movement. It changes the environment inside the uterus to make it toxic to sperm....
Read more 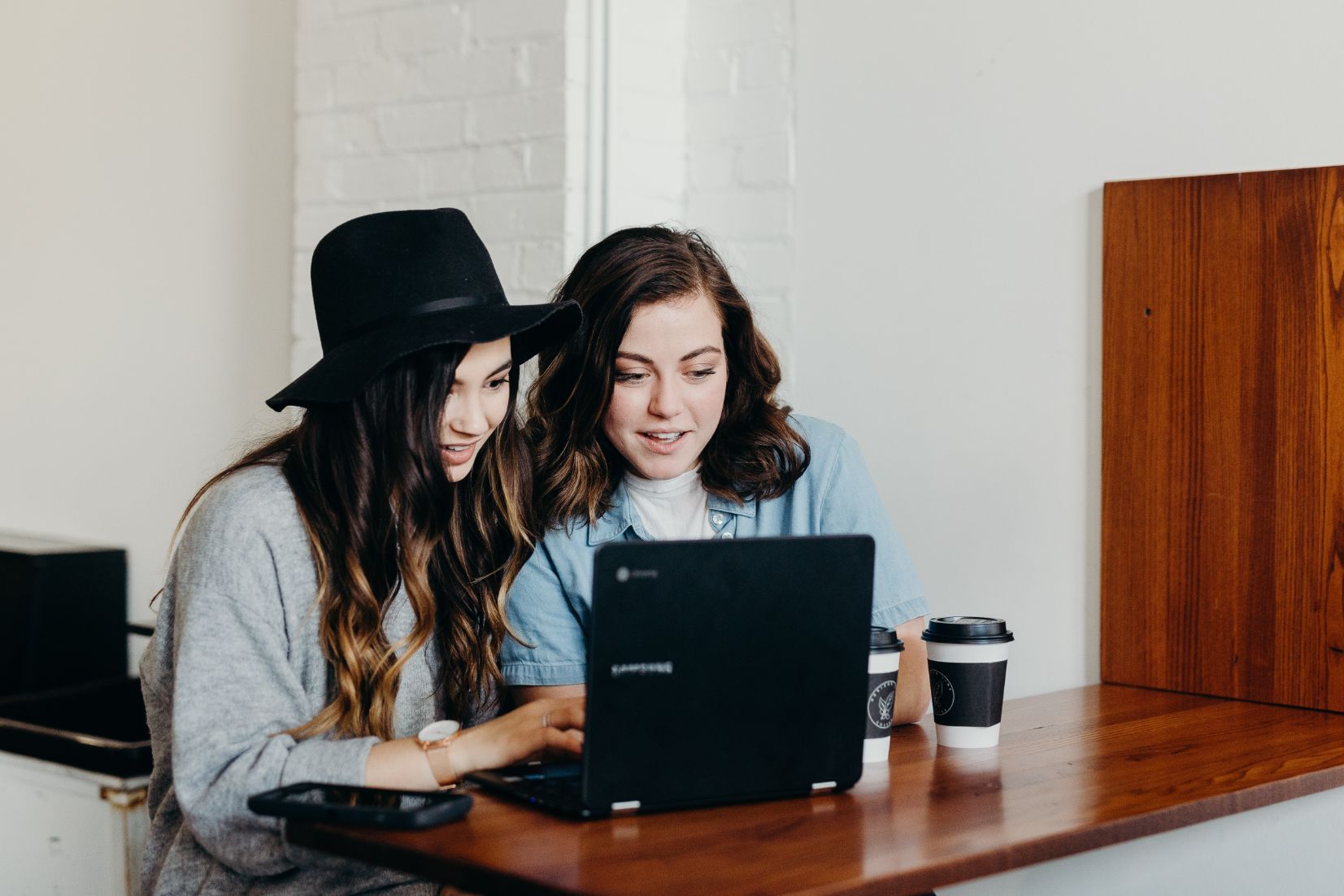 Is Plan B an Abortion Pill?

Oh no….you had unprotected sex last night and need the morning after pill asap. You start your search on google only to find yourself overwhelmed with questions:What is Plan B? How does it work? Is it an abortion pill?Unfortunately, many women don’t understand the difference between Plan B and the abortion pill. While both pills are similar, the key difference is that the abortion pill terminates an existing pregnancy, while Plan B is used to prevent pregnancy.
Plan B
‍Plan B is commonly referred to as  “the morning-after pill.” Plan B is available without a prescription and  can be taken up to 120 hours after having unprotected sex but is most effective within 72 hours.......
Read more
View all